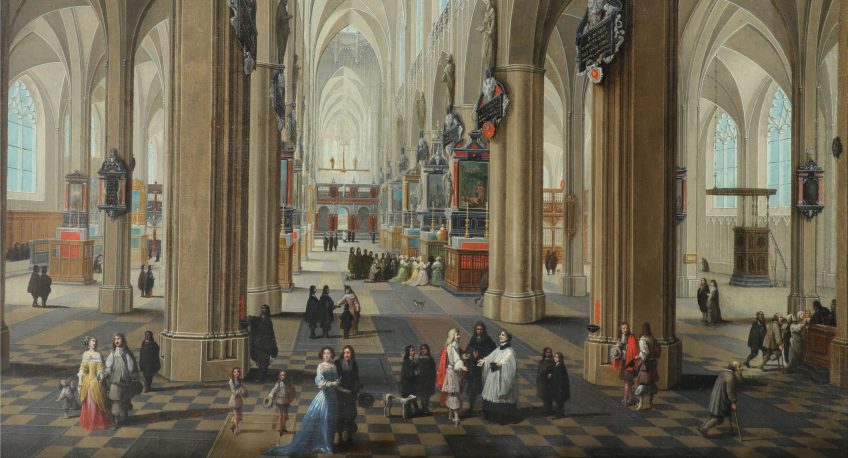 A pen and ink design by renowned Scottish architect Robert Adam, for the alteration of the south front of Blackadder House in Berwickshire in the late 18th century, sets the scene for the auction of more than a dozen 17th and 18th paintings once owned by the Houston-Boswall family, former owners of the stately home.

Signed and dated in 1784, the elegant design has sadly outlived the house itself. Built on the site of the former Blackadder Castle at Allanton, the house was vandalised by troops in World War I and, with no money to restore it, was demolished in 1925.

As the name suggests, the estate was the family home of the Blackadder family for many years until it passed into the ownership of the Houstoun, later Houstoun-Boswall family, in the 1830s.

Works from the Houstoun-Boswall Collection, including the Robert Smith design, are now up for auction at the Old Masters, British & European Paintings sale at the prestigious Woolley & Wallis salerooms in Salisbury on March 4.

The collection has a pre-auction value of more than £95,000 with the highlight being a superb work by 16th century Flemish master Pieter Neefs who specialised in architectural paintings of church interiors. This work, which shows the interior of Antwerp Cathedral, was selected as the front cover of Woolley & Wallis’s sales catalogue.

“This is an interesting collection, predominantly featuring paintings by 17th century Dutch artists,” said Victor Fauvelle, Paintings Specialist at Woolley & Wallis. “This is a confident market, with buyers keen to participate because of the increasing rarity of good quality works by artists in this area. The collection includes the particularly fine example by Pieter Neefs The Elder.”

Robert Adam, son of leading architect William Adam, became one of the most successful architects in Britain. His style was instrumental in influencing design across Europe and North America. As an apprentice he worked with his father on Inverary Castle in Argyll and Hopetoun House near Edinburgh. His own work can be seen across Edinburgh.

Registration for online or telephone bidding for the auction closes at 5p.m. on Tuesday, March 3.