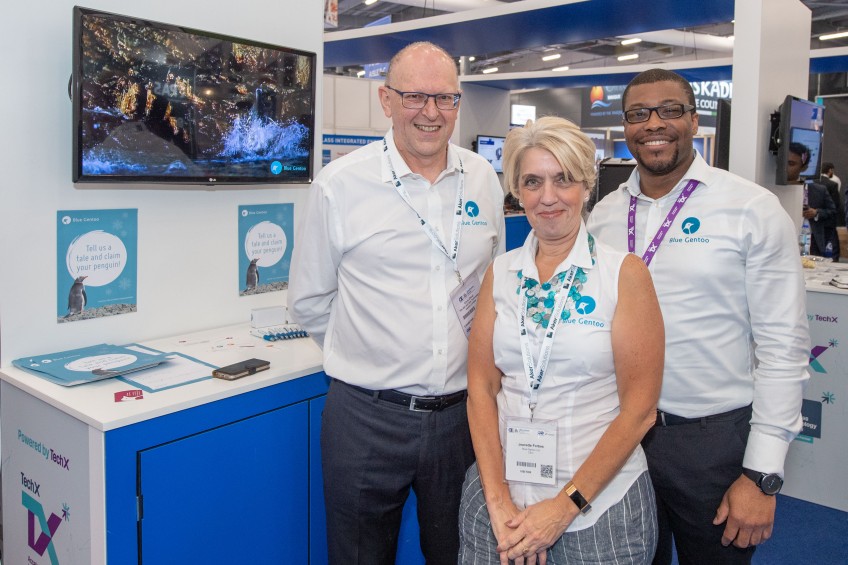 One of Aberdeen’s most respected and seasoned entrepreneurs is swapping her role as head of her family business for the challenges of a high growth new start business in the oil and gas sector.
Jeanette Forbes of PCL Group has joined the board of Blue Gentoo Ltd as CEO to help drive the business forward and scale it up for growth.
Blue Gentoo, which has developed new digital gas hydrate technology for the O&G sector, was hatched two years ago on the inaugural Grey Matters business incubator programme run by Elevator for Scottish Enterprise.
The company’s founders, Phil Bremner, Chris Oliver and Chika Uduma have steadily built up the business and the brand since then, partnering with Hydrafact, a Heriot Watt University spin out company, and working with Aberdeen University Computer Science department on a machine learning R&D project.
Blue Gentoo addresses the problem of gas hydrates, which are a challenge for all upstream gas producers. Gas hydrates occur when gas reacts with water in a pipeline, often resulting in concrete-hard ice plugs which block pipelines, stop production and are extremely hard to remove. Gas producers spend billions of pounds each year trying to reduce the risk of gas hydrates but the current approach is expensive, imprecise and inefficient.
Blue Gentoo’s technology monitors and manages gas hydrate risk using real-time sensors and machine learning, and this has the potential to transform industry’s approach, reducing hydrate risk and delivering huge cost savings.
The company gained prominence last year, when it was selected to join the first Oil & Gas Technology Centre (OGTC) TechX Pioneer programme, which aims to fast track the impact that technology-based start-ups can have on the industry. This gave the company greater prominence among local oil and gas operators, and initial field trials are anticipated in the coming months.
Jeanette Forbes said: “I’m excited by the potential that companies like Blue Gentoo have to improve on embedded industry practices. The future is digital and Blue Gentoo is at the forefront of this – deploying machine learning and digital analytics to tackle an old problem in a new way and releasing significant value for its customers as a result.
“We know the challenges faced in bringing new technology to market and in convincing people of the benefits of change and I’m looking forward to this challenge. My hope is that Blue Gentoo will help secure the future of the oil and gas industry in Scotland and create challenging and interesting career paths for those involved.”
Chris Oliver, co-founder and CFO of Blue Gentoo, said: “Jeanette’s appointment is a high point for Blue Gentoo. Her track record in growing businesses is impressive as is her commitment to promoting careers in science, technology and engineering. I’ve followed Jeanette’s achievements over many years and look forward to working with her to set the direction for Blue Gentoo and help it deliver on its potential.”
Jeanette will remain on the board of PCL Group, the IT & cabling company she founded in 2000, but has formally handed over the running of the company to her son Chris, who becomes Managing Director, and daughter Joanne, who has been appointed Financial Director. Chris and Joanne have both worked for the company for many years.