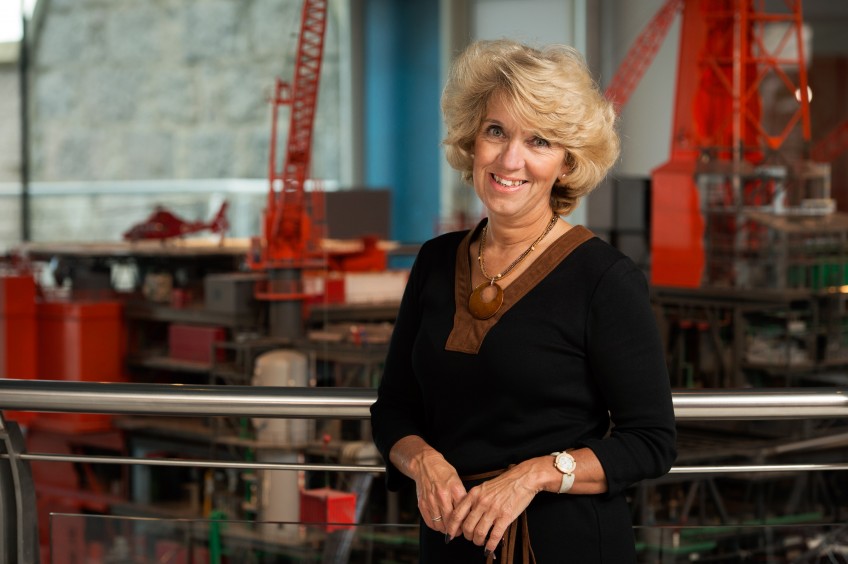 North-east businesswoman Jeanette Forbes has been named Entrepreneur of the Year in the prestigious 2018 Elevator Awards.
The Aberdeen-based event recognised Jeanette, CEO of PCL Group, for her ingenuity and entrepreneurship and for successfully diversifying her business interests in response to the oil and gas downturn. She was also praised for her support of many charities, community and government initiatives across Scotland.
Jeanette founded PCL Group, a global provider of data cabling, telecoms and computer systems to the offshore, marine, commercial, industrial and renewables sectors in 2000. This was followed in 2009 by her second company, Thistle Cleaning & Property Maintenance Services. In 2017, she diversified her business interests and opened Grape & Grain, now a multi-award-winning wine bar, on Aberdeen’s Thistle Street.
In addition, she is currently contracted as Managing Director of GoHawk, a flight route planner which has just developed the world’s fastest flight route algorithm.
Over the years, Jeanette has won several awards and industry accolades, many recognising the work she does to promote STEM-related career opportunities for women, particularly in the energy sector. Other top awards include a previous winner of Business Women Scotland’s Inspirational Woman of the Year, CEO of the Scottish Women in Technology Awards and her appointment of North-east Scotland’s first UK Female Entrepreneurship Ambassador.
She is also a board member on the Scottish Government’s Technology Advisory Group (TAG), the Digital Scotland – Business Excellence Partnership and the Enterprise and Skills Strategic Board and was a founder member of the Scottish Chambers of Commerce business mentoring programme.
She supports a number of charities and is Chair of the Scottish Development Group of JDRF (Type 1 Diabetes Charity) and Chair of the Volunteer Committee and a Trustee of Aberdeen Seafarers’ Centre.